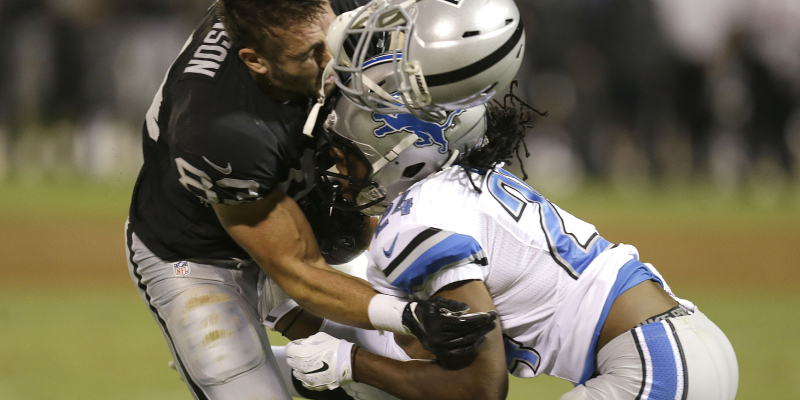 Football is a dangerous sport. Players across the nation of all ages and levels of talent suffer injuries every day, from sprained ankles and pulled muscles to serious concussions, torn ligaments and tendons, and shattered bones. Fortunately, for the past several years, teams and leagues have made conscious efforts to decrease the number of player concussions. During the 2013 year, the NFL reported that the league saw a drop in concussions by 13 percent.

During the preseason and regular season in 2013, a total of 228 players got concussed. In 2012, by comparison, 261 players suffered concussions. Helmet to helmet contact, responsible for 53 percent of concussions in 2012, was responsible for less than half of concussions in the 2013 season. The NFL believes this improvement stems from a number of rule changes enacted to protect players from injury. Striking another player with the helmet can now be penalized, and intentionally striking another player in the head with the helmet, known as targeting, can result in an ejection from the game, The stiffer penalties and changes in culture – along with a growing understanding of the dangers of concussions – have led to positive adjustments that will hopefully continue.

Another potential method of protecting players from concussions has also appeared on the scene: head impact sensors. These devices can be used inside the helmet (and inside the mouth guard) to measure the force from a blow to the head. Developers hope the sensors can contribute to more sensitive safety engineering.